Dr Fiona Harris is a consultant geriatrician and general physician. Born and raised in Queensland, she completed her medical degree at the University of Queensland in 1988. Her Fellowship of the Royal Australian College of Physicians was obtained in 1996 having completed her general physician and geriatric training at the Royal Brisbane and Princess Alexandra Hospitals.

Dr Harris continued her training completing a research Masters of Medical Science in 1998, in the area of the influence of growth hormone levels in elderly hip fracture patients. Subsequent research included studies of agitated behavior in nursing home patients and interim care as a primary investigator. She has also been an Investigator for multinational trials involving New Treatments for Alzheimer’s Disease.

Since completion of training she has worked as a Visiting Medical Officer in both the public and private hospitals including Royal Brisbane, Princess Alexandra, Prince Charles, St Andrew’s, Brisbane Private, Mater and St Vincent’s Hospitals. She has been actively involved in medical student and physician training through her public practice. She has also been an examiner for the college of physicians.

After 17 years of combined public and private practice, Dr Harris is now in full-time private practice at Brisbane Private (Director of Rehabilitation Unit) and St Andrew’s Hospitals. Her practice covers both Inpatient and Day Rehabilitation and general geriatric assessment.
Dr Harris is a Fellow of the Royal Australian College of Physicians, and a member of the Australian Society of Geriatric Medicine. She is a member of the Australian Medical Association and is on the Medical Advisory Board for Brisbane Private Hospital.

Dr Harris’s areas of interest include orthogeriatric care, geriatric rehabilitation, falls and fraility in the elderly, cognitive impairment and dementia. She is happy to perform Comprehensive Geriatric Assessments on patients if they are requested by the referring doctor.

“If you fell down yesterday, stand up today.” 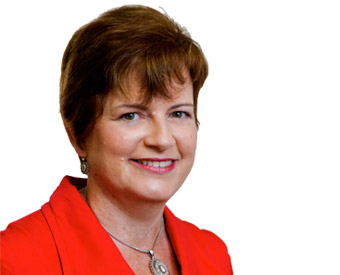 Fiona Harris has over 17 years covering both Inpatient and Day Rehabilitation and general geriatric assessment.